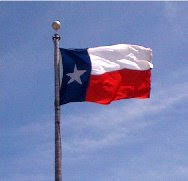 I've been a bit confused in recent days about all the talk about Texas seceding from the United States. Could it really happy? There are plenty of native and transplant Texans who believe it's possible. Chuck Norris is already in line to be president of the new nation.
The discussion reared its head last week during those Tea Party protests. I'll save my rant about "how are we going to provide services to people, if we don't pay taxes" for another day.
I had a few conversations with people. Some think it's a logical step for Texas to become an independent nation. This state has a large land mass and has a lot of natural and man-made resources to sustain itself. There is a large population, too. Of course, if the state secedes, I know it would have one less resident — Me!
Why would I abandon the state that has been so kind to me for the last year? It's really pretty simple. I am an American first. So, I wouldn't be willing to shed that allegience just because my adopted statesmen decided they could create a new federal government in the new nation.
There are several economic issues that also fall into line for my decision. The silly — "Hey, I just renewed my passport! How much will a Texas passport set me back." To the extremely serious — my husband works for Uncle Sam. If Uncle Sam doesn't exist here, it doesn't make sense for us to either.
In fact, in a place like Del Rio, Uncle Sam's departure would have quite an impact. In a 2007 economic impact analysis from Laughlin Air Force Base, the base employs 999 in indirect jobs and 2,871 directly. The total payroll is $123,402,608. The total economic impact is calculated as $263,115,265. That's a lot of money in our small community. Imagine what communities like San Antonio would lose as multiple Air Bases and Army installations would vanish the minute the state secedes.
Add to Del Rio's loss the 1,955 federal jobs that are here, according to the Del Rio Chamber of Commerce's Web site. Federal jobs include all those green clad U.S. Department of Homeland Security agents. Those jobs wouldn't be needed here, because the U.S. border moves hundreds of miles north when the new Texas nation is born.
Also say goodbye to all the agents for the Federal Bureau of Investigation, U.S. Marshals and Federal Court System judges, attorneys and investigators. While many people move to Del Rio to fill these federal positions, many folks are from here. There are hundreds of support staff from IT to janitors, who will be gone in a flash. Poof. No more jobs, if Texas is no longer a state.
I guess in theory all of those dollars Texans once sent to Washington would be re-directed to the new nation's capitol for distribution. I shudder to think how the local school system would fair under a new national government.
I'm apparently not alone in my aversion to a secession plan. Gail Collins wrote an op-ed column for the New York Times on the matter. In her piece, she mentions that three-fourths of Texans don't go along with the secession talk, according to a Rasmussen Reports poll.
Those poll results give me hope I can stay in my adopted state. I am slowly learning the ways of the land and about state pride in a big way.
I like Texas no matter how many creatures, insects and cactus will find a way to prick or stick me. I love the fact that people are loyal to their state and have everything from yard decorations to cheese in the shape of the state. Heck, you can get just about anything you want in the shape of Texas or with the state's outline emblazoned on it.
No matter how much I love the Texas-shaped cheese (and crackers), my stay would have to end; if Texas becomes it's own country. It would be a great place to visit. But, I want to live in the United States of America.
Posted by Stacy S. Jensen at 12:04 PM 1 comment:

Email ThisBlogThis!Share to TwitterShare to FacebookShare to Pinterest
Labels: Politics

Five of the many who deserve "notice" 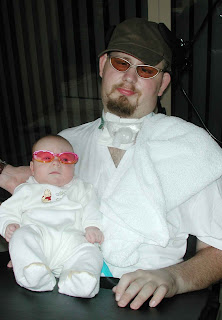 While care giving feels like a lonely task, the truth is I was never really alone. Jimmy lived in nursing homes and hospitals following his brain stem stroke. It was a choice I reluctantly embraced about two weeks after the stroke.
"It will be a 25-hour, eight-day a week job," Dr. Gallagher told me, when he shared the news that he felt the paralysis would be permanent. Jimmy was 33 and I was 30, when we received this news.
The decision to choose a nursing home is a difficult one. People seem to panic when they say, "I had to put my father in a nursing home." I don't think put is the right word. Jimmy was cared for in a nursing home. It was the only choice that seemed reasonable for us.
One night I sat in the Erlanger ICU waiting room in Chattanooga, Tennessee wondering, "Now how do I work 45 to 50 hours a week, take care of Jimmy 24/7 and keep a roof over our heads?" The numbers weren't adding up — even when you threw in determination, faith, love and promises of help from family and strangers.
The complications that arose from that decision are another story including multiple examples of poor care to an eviction notice Jimmy received from a state nursing home for combat veterans. He was accepted, because he was a Gulf War Veteran. But the complexity (being mute and completely paralyzed) and the high price tag for his care (100 percent dependent), apparently nullified any promises of free, health care for a combat veteran.
Today, I was thinking about the people who helped Jimmy and me. I wanted to participate in “The Noticer Project,” which is a worldwide movement to “notice” the five most influential people in your life.
Andy Andrews wrote in a letter about the project, “My new book, The Noticer, is rooted in the belief that our time on this earth is a gift to be used wisely and one of the best ways to use that gift is by noticing those who have made an impact on our lives.”
So, I decided I should notice five people/organizations, who helped us. And, take a leap of faith that the one million and one other people, who helped us, will understand the list was limited to five and won’t get their feelings hurt.
1 — My twin sister Tracy S. Williams. She was pregnant when Jimmy had his stroke. She sat beside me in the ICU waiting room with her swollen feet propped up on the vinyl recliners. My niece Rosa was born prematurely in an emergency C-section. Ironically, as Tracy learned how to care for her new daughter, I too was learning how to dress, change, care and feed through a tube my 33-year-old husband.
2 — Mom and Dad Stenberg. My parents were there at every turn. They collected mail, fed dogs, visited and did whatever was necessary to help their children.
3 — J.W. Chastain. Jimmy’s first cousin and a great friend. J.W. would visit Jimmy at all of his various locations whether it was two miles or 200 miles away. J.W. was “Mr. Fixit” when it came to the wheelchair headrest and any other mechanical problem that needed attention. J.W. could advocate cordially or raise the roof, if Jimmy needed something. J.W. was there from the first day of Jimmy’s medical crisis to his last. No one could ask for a better friend.
4 — Gilmer Nursing Home Staff in Ellijay, Georgia. The staff was exceptional.  They went above and beyond their job descriptions to make Jimmy feel loved and ensure he was well-taken care of here. Jimmy knew what it was like to be mistreated, so the care provided here meant the world to him and all of his family.
5 — Shepherd Center in Atlanta, Georgia. I know it’s a catastrophic care hospital, but the lessons we learned here served us throughout the four years Jimmy lived following his stroke. We learned how to communicate with each other and health care staff. We learned how to advocate for Jimmy’s care. We learned the foundation of his care here. These lessons were crucial to our survival each day — as patient and caregiver — in hospitals and nursing homes.
Obviously, there were many more, who helped Jimmy and me.  Whether it was Patti or the gang at The News Observer; family or friends; or the many strangers, who stopped by to say hello or to play Scrabble; please know that you helped. You were appreciated (and noticed) then and now.
Posted by Stacy S. Jensen at 11:07 PM 2 comments: